The city of Dubrovnik, together with the surrounding areas of Konavle and Rijeka dubrovačka are parts of Croatia's southernmost holiday destination. Dubrovnik is known worldwide as a true pearl of the Mediterranean, but one must not forget the picturesque towns, replete with history and exquisite nautral beauty, which surround the city on both sides and greatly add to its appeal.During the existence of the Republic of Ragusa, the area was one of the few oases of liberty in the region. Through skillful negotiations with the Venetians and Turks, Dubrovnik and its diplomacy were able to maintain their freedom until the arrival of Napoleon's troops. "Liberty" continues to symbolize Dubrovnik and the surrounding area. 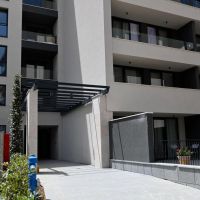 The building 20572 located in Dubrovnik, Dubrovnik - South Dalmatia has accommodation units: Apartment (1) and is 130 m away from the sea. The nearest beach is… 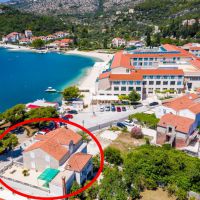 House 20646 in the town of Slano, Dubrovnik - South Dalmatia has accommodation units of type Apartment (1) and is 20 m away from the sea. The nearest beach to…

House 20642 in the town of Mokošica, Dubrovnik - South Dalmatia is located 400 m from the sea. The nearest beach to this accommodation is a waterfront beach.…