Situated in Zadar archipelago, Iž Island nestles between islands Dugi otok and Ugljan, and its two villages – Veli Iž and Mali Iž – lay perfectly settled along its coastline. The island has been inhabited since prehistoric times and in the middle ages it was known under the name Ez. What sets it apart from the other islands in the Adriatic is its long tradition of pottery making which has continued to our days with creation of a unique souvenir – iški lopiž – an earthenware pot used for storing olive oil and other products, whereas the food prepared in it, locals say, has a special taste. Ten islets and cliffs in close proximity to Iž Island will entice you to take up a sea adventure. However, they are merely an intro to a real nautical treat awaiting for you at its most famous neighbor – Kornati National Park. 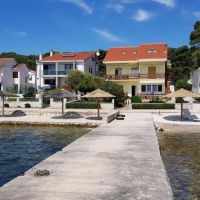 Accommodation units of type Apartment (1) can be found in house 18240 in the town of Brgulje, Molat - North Dalmatia. The house is 10 m away from the sea and… 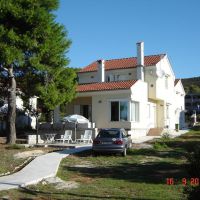 House 17598 in the town of Brgulje, Molat - North Dalmatia has accommodation units of type Studio flat (2) and is 25 m away from the sea. The nearest beach to… 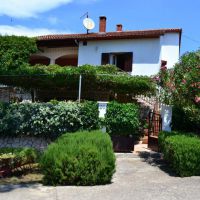 House 6024 in the town of Molat, Molat - North Dalmatia has accommodation units of type Apartment (1) and is 200 m away from the sea. The nearest beach to this…