The Zadar Riviera is situated in the north of Dalmatia. Old culture-rich towns trade places with newly developed areas, strung along this beautiful stretch of the Adriatic coast. Seeing as how Zadar is surrounded with as many as five National parks and two natural reserves, visitors are certain to be awed by the natural sights, while man-made sights can likewise hardly fail to impress.The latter are particularly prominent at the prehistorical site of Vinjerac, as well as Ždrijac, the most Croatian pre-Christian burial site. The town of Nin has also had a storied history as the Croatian kings' first capital. Nearby Bibinje also has remains of the former royal holdings.In Privlaka on the Zadar Riviera, visitors are introduced to the tradition of ludra or "driving the fish crazy", sand excavation which has been the basis of local economy for centuries, and the story of the Sokolar wellspring, named after a mythical tragic romance. In Sukošan, a swim through the Golden Harbor's clear waters takes one to an artificial island, where the remains of a fifteenth-century manor can be seen.

House 5734 in the town of Rtina - Stošići, Zadar - North Dalmatia has accommodation units of type Apartment (1) and is 70 m away from the sea. The nearest… 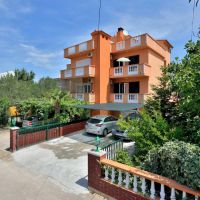 House 6038 in the town of Zadar - Diklo, Zadar - North Dalmatia has accommodation units of type Apartment (2) and is 300 m away from the sea. The nearest beach… 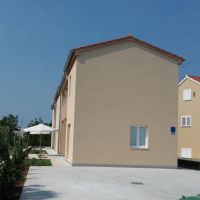 House 16299 in the town of Nin, Zadar - North Dalmatia has accommodation units of type Apartment (4) and is 25 m away from the sea. The nearest beach to this…