The Rovinj Riviera delights with picturesque littoral towns, the hilly interior, the fortress-towns, the archipelago... however, most people's fondest memory of the Rovinj Riviera is the perfect holiday atmosphere.As Rovinj Town has squeezed itself onto a hilly peninsula, the surrounding panorama appears as a stately cone of scenic Mediterranean houses. The labyrinth of streets and alleyways converges on the church of Saint Euphemia. From there, the seascape view is equally impressive in all directions. Rovinj seduces the visitor with its tales of a sunken peninsula, a charming museum dedicated to the batana, a type of ancient ship, its submarine treasure trove, and its delightful beaches, which are equally suitable for the driver and the pedestrian.Bale, a small town on the Rovinj Riviera, has two distinct ancient faces – the Roman and the medieval. Wandering around the region's hills takes the visitors past fields and forest groves, near churches of great antiquity and Roman villas, all the way to the halfway point between the Equator and the North pole, at precisely the spot of the 45th parallel. 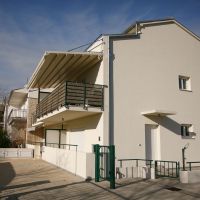 Apartment Rovinj 17841 is a modern apartment in Rovinj, on the west coast of the Istrian peninsula. 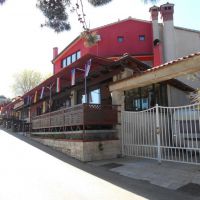 House 16468 in the town of Rovinj, Rovinj - Istria has accommodation units of type Room (7) and is 180 m away from the sea. The nearest beach to this… 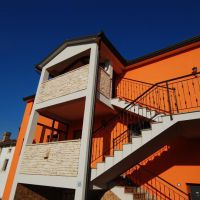 House 18419 in the town of Rovinjsko Selo, Rovinj - Istria has accommodation units of type Apartment (2) and is 7 km away from the sea. The nearest beach to…