The southwest of the Istrian peninsula has for thousands of years boasted of the picturesque towns of the Fažana Riviera. The Roman villa in Valbandon, the narrow streets of Peroj, and the avenues and squares of Fažana become, in the summer months, a stage for fishermen's feasts, folklore and fashion shows featuring jewelry worn by ancient Romans.Croatia recognized this pearl of the Adriatic coast together with the rest of the world in 1983, when Brijuni were declared a National park.

House 7409 in the town of Fažana, Fažana - Istria has accommodation units of type Apartamento (1), Estudio (1) and is 210 m away from the sea. The nearest… 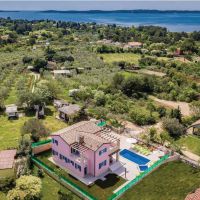 House 18454 in the town of Peroj, Fažana - Istria is located 550 m from the sea. The nearest beach to this accommodation is a piedra beach. The house is… 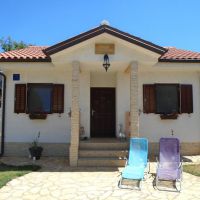 House 18425 in the town of Peroj, Fažana - Istria is 550 m far from the sea. The nearest beach to this accommodation is a piedra beach. La casa no cuenta con…